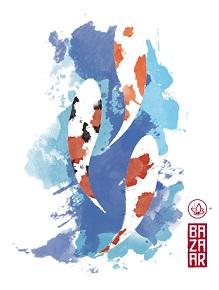 The Buddhist Church of Sacramento’s Japanese Culture & Food Festival is a summertime tradition in Northern California.  This annual event is on Saturday and Sunday, August 12 & 13, 11:00 a.m. – 8:00 p.m. both days.

Enjoy delicious, Japanese dishes, prepared right before your eyes.  There will be everything from fresh fish-topped sushi, to our succulent teriyaki chicken, teriyaki beef sandwiches, Japanese pastries and more.  There is something for everyone at this year’s 71st annual Sacramento Buddhist Church Bazaar.  It is free admission and free parking under the freeway, with a free, convenient shuttle bus that goes directly to the Bazaar grounds every few minutes.

On Saturday evening, The East Wind Band performs, and is Northern California’s premier funk, soul, R&B, and classic rock band.  They have opened for Earth, Wind and Fire, Tower of Power, Hiroshima, Average White Band and other big-name entertainers.

Children’s games and prizes are a must for the little ones, and there are home-made desserts, both Japanese sweets and good ole American cookies, pies and cakes.

The Bazaar is a major fundraiser for the Buddhist Church of Sacramento.  This event supports the many affiliated organizations such as Boy Scouts, Girl Scouts, youth sports programs, the Japanese language school, and youth and senior organizations.

After WW II, Japanese Americans and immigrants had to rebuild their homes, lives and communities after returning to the Sacramento area from their forced evacuation to concentration camps.  In 1947, the Japanese Bazaar began as a festive, social event for the Sacramento Japanese residents celebrating food and friendship.

Back
This item appears in:
This external event has been archived and may contain content that is out of date.