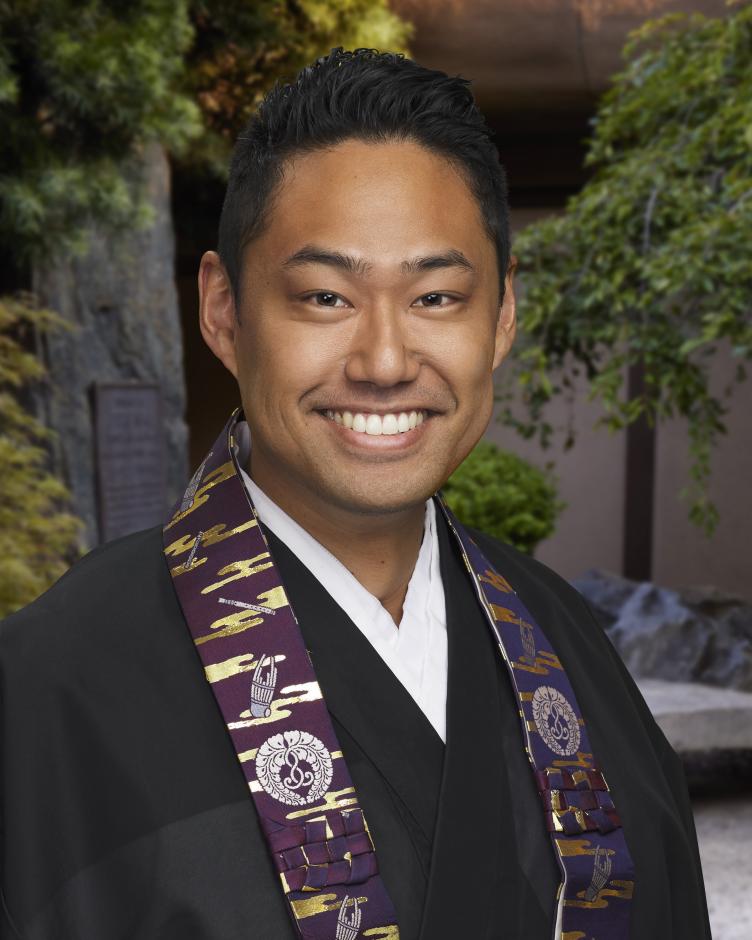 May 3, 2020
Today, I feel it’s necessary to speak on the movement of Black Lives Matter and why it is important as Buddhists to stand with and support them.

Yesterday we had the social media blackout whose purpose was to quiet the voices of those who aren’t black in order to amplify the voices of the black people. I decided to use my time to continue my education by starting to read the Miner’s Canary by Lani Guinier and Gerald Torres. Even though I’ve only started it, it has already exposed and broken through things that I had been taught to accept, as well as strengthened my vocabulary in how to articulate what my understanding is.

To be clear, I would never claim to completely understand what it means to be a black person and so if I get anything wrong or need correction, please let me know; I am always open to learning more. Since I feel a bit underqualified, throughout my talk I’d like to use their work and their voice to help say what I think needs to be said.

Returning again to my upbringing in Berkeley, we were taught that racism is ridiculous because race, as a biological entity, does not exist. This has been proven by science and the human genome project mapping out our DNA. Therefore, in order to not be racist, we should ignore those kind of labels and live in a colorblind society. I even distinctly remember seeing an advertisement at a bus stop that had the statement “That Puerto Rican Man” and had the words “Puerto Rican” crossed out saying that we shouldn’t label people. The thought was that in order to get rid of racism, we had to stop talking about race. We needed to be part of a colorblind society.

However, the colorblind view cannot explain the disparity felt in the well-being of black people. For example, if there is a black family earning $50,000 a year and a white family earning $50,000 a year, in the colorblind eyes they are financially identical and therefore should have similar prospects and futures. So, when data taken over generations of people shows that the accumulated wealth of black families is barely one half of their white counterparts, the colorblind view is tempted to argue that it is the fault of the black people. It doesn’t point to the many problems in society that prevent black people from accumulating wealth including disparities in housing markets, school systems and education, bank and capital access, and hostile relationships with police which all becomes compounded over generations.

Now I’d like to try address the Buddhist view of what’s going on. Some of you may be asking, “doesn’t Buddhism say that all lives matter?” For the background on that question, Buddhism started in the most extreme individualistic sense, by one person who cut himself off from society, and by doing so, did not address social issues.

We are taught to challenge our view on the world and the way we categorize it. And we are taught that all life is precious. From this point of view, Buddhism seems to take on the colorblind approach. But, since that time in India over 2500 year ago, Buddhism has undergone a drastic evolution in many different forms. In the break with Mahayana we took the stance that if one of us is suffering, all of us are suffering. And even more specifically, our form of Buddhism, Jodo Shinshu, was a movement that was born out of social revolution.

In Japan in the twelfth and thirteenth century, there was feudalism in the public and religious lives of the people. To speak very briefly on it, Jodo Shinshu arose as a grassroots movement of the people on the bottom in opposition to how society was treating them. It gave a voice and an alternative path for the people who were marginalized. With this history, I believe it is imperative that we recognize how necessary it is for us to take action along with Black Lives Matter.

To put it another way, imagine that one hand has a papercut and one hand has a finger that’s been cut off. Are both hands in pain? Yes. Are both hands important? Of course. But which one is hurting more? Which one will take longer and more effort to heal? If we say, “all hands matter” and that since the papercut will heal by waiting it out so we should treat both wounds the same way, it doesn’t address the problem.

While it might be an ideal worth striving towards, saying “All Lives Matter” is denying the reality that black people are treated as though their lives do NOT matter. When George Floyd was killed by someone who is supposed to hold up the law. When Breonna Taylor is killed for just sleeping in her own home. When Ahmaud Arbery is killed for jogging in his neighborhood. When Oscar Grant is shot in the back and killed at Fruitvale Station, a stop on the BART that I used to ride almost every day. When this is happening in our cities, in our country, and to say “All Lives Matter” is a bold-faced lie.

In fact, saying “All Lives Matter” is not only a lie, but it is taking away the tools necessary to combat the oppression. Guinier and Torres argue and I agree that refusing to talk about race denies the systemic problems that perpetuate inequality. It would also essentially give an unopposed platform to those who benefit from, and thus would wish to see, injustice continue. And it would simultaneously prevent the creation of grassroots movements to oppose those people. Instead, we have to talk about race in order to mobilize for action. It is helpful to talk about race to explain the reality of the disparity of the country we live in.

Instead of breaking down and denying race, we can use race in a political sense to both show the inequalities in America and to act as a spark of change. It also draws on the already present strength of the psychological connection black people have to one another. To be black is to be strong. To be black is to have political power. And from this power can come huge democratic change.

As this catalyst brings attention to issues that have been largely ignored until this point, there must be a moral response not just from black people, but from other marginalized people. Of course, the most marginalized people have the most motivation to call for a change. However, it is the moral obligation of all minorities, anyone that is subject to discrimination, and progressives that want to see change in the system. It is also the moral obligation as Buddhists.

It is easiest and most effective to point out the problems of those who have been racialized and then, Guinier and Torres say, “then we must help them to enlarge their claims in service of a larger social justice vision that will reach out to more than just the racially marginalized.”