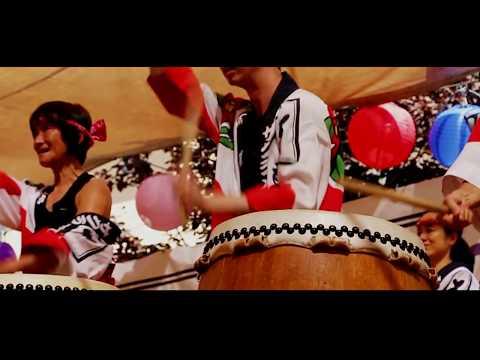 Our Annual Japanese Food & Cultural Bazaar was always held on the 2nd FULL WEEKEND of August until the pandemic forced us to make changes in 2020.

Each year, this event was a huge success, with the funds raised supporting our temple activities all year long.

The words “Thank You” are not enough to express our gratitude to the Greater Sacramento community for their patronage over the decades. It is through the continued support of our families, friends and visitors, as well as hundreds of dedicated volunteers, that enable us to keep this longstanding tradition alive as a highlight of the summer!

1947 marked the beginning of the Buddhist Church of Sacramento Bazaar, as the Japanese rebuilt their community following their forced evacuation from the West Coast by Executive Order during World War II. The Bazaar was primarily a social festival where church members and the local Sacramento Japanese and Japanese-American community shared good food, great memories and lasting friendships. In later years, the Bazaar was expanded to include Japanese cultural exhibits and demonstrations such as flower arranging (Ikebana), classical dancing (Odori), calligraphy, concerts, Taiko drum performances and more.

Hundreds of volunteers, ages 7 – 90, invest thousands of hours to bring the Bazaar to life. We are humbled that the Bazaar’s popularity has turned it into a major Sacramento community event. We gratefully welcome back annual attendees, and are thrilled to see brand new visitors, traveling from miles around, to join in the festivities each year. Proceeds from our Annual Bazaar support the Buddhist Church of Sacramento, as well as our affiliated organizations, such as Dharma School, Sakura Gakuen (language & cultural school), Adult & Youth Buddhist Associations, Sports Program, Girl Scouts, Cub Scouts, Boy Scouts, Venture Crew, the Betsuin Choir, and programs for seniors and families. 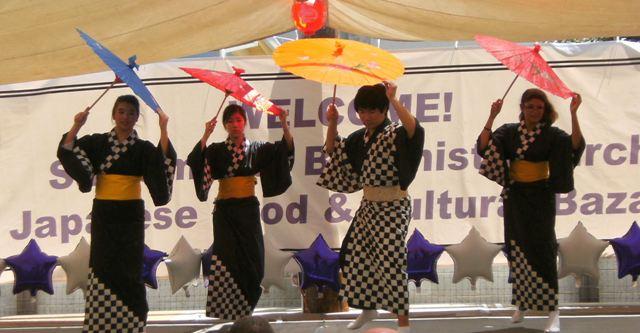