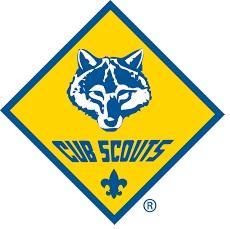 Pack 50 is the Cub Scouts program sponsored by the Buddhist Church of Sacramento. As an organization, we have been in existence since 1972 and are consistently recognized as one of the most successful Packs in the district. A majority of our Cub Scouts progress on to Boy Scouts and a high percentage of our Scouts progress through the ranks and achieve their Eagle Scout Award, the highest rank in Scouting. Our Pack is part of the Capital City District of the Golden Empire Council of the Boy Scouts of America.

The boys in the Pack are divided by age into several smaller groups, called dens. The dens typically consist of six to eight boys. Each Den is led by an adult Den Leader, who plans and carries out a year round program of activities for the Den. Each year, the boys in each Den work together at Den meetings to earn awards and achievements, and advance in rank. The Cub Scouts’ ranks are:

Pack 50 is run entirely by parents of the scouts involved. The Pack has enjoyed much success over the years and at the heart of this success is the tremendous level of parental support that we enjoy. It is not only necessary for the Pack to run smoothly, but it is also a chance for the kids to see their parents set a good example of cooperation and responsibility. Active parent participation is a cornerstone of our program, so please, get involved – there are a variety of ways to do that as a parent.

The scout year runs from September through May (with events held throughout the summer as well). Parents interested in having their child join the Pack should attend an informational meeting held in April, and be ready to start the following September. New scouts are generally accepted from April through September.